The combat in Octopath Traveler is very unique. Your party will be comprised of up to 4 of the 8 playable characters in the game. There will be a set turn order listed at the top of the window. Characters will attack based on how high their speed stat is with the order determined from highest to lowest.

Your party is located on the right side of the screen. You can see the Battle Points (BP), Health Points (HP), and Skill points (SP) for every party member. You will gain BP every turn that you can use to power up your attacks or spells by up to 3 total BPs. You can use SP to cast powerful offensive and healing spells. You will also be able to see any buffs or debuffs each characters have here. 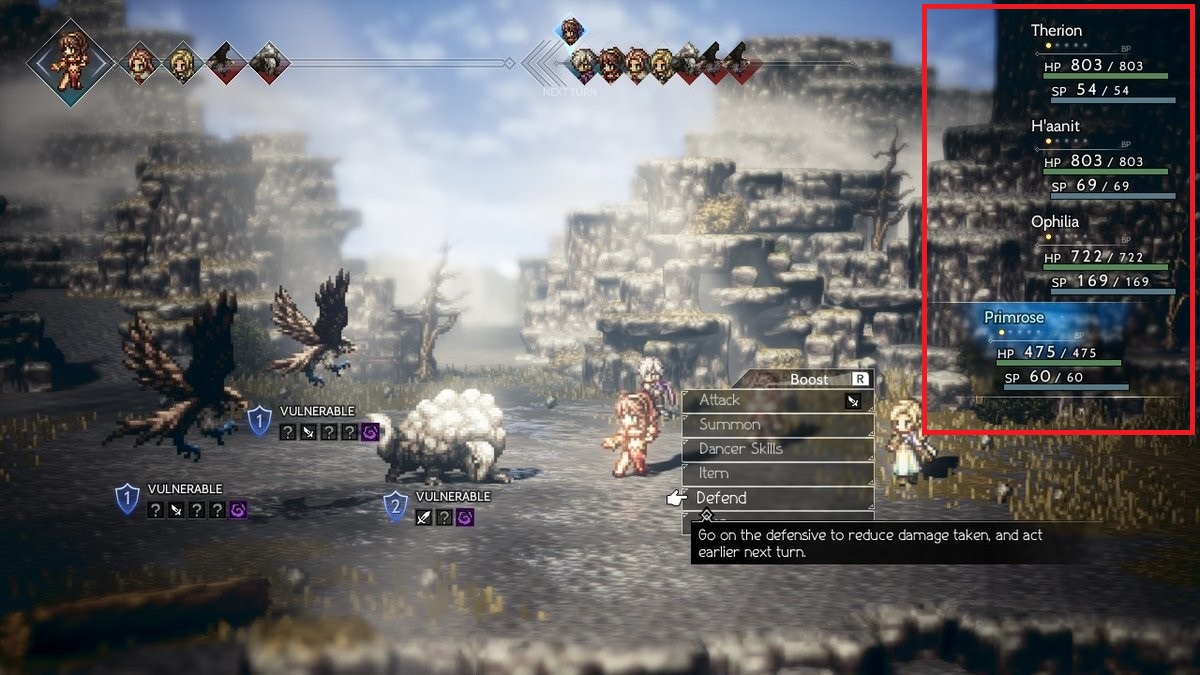 In the red boxed area you can see your party consists of Therion, H'aanit, Ophilia, and Primrose. It is currently Primrose's turn in combat and her available actions are Attack, Summon, Dancer Skills, Item, Defend, and the action blocked by the text is Flee. She currently has Defend selected and it gives a brief description of what will happen if that action is chosen. 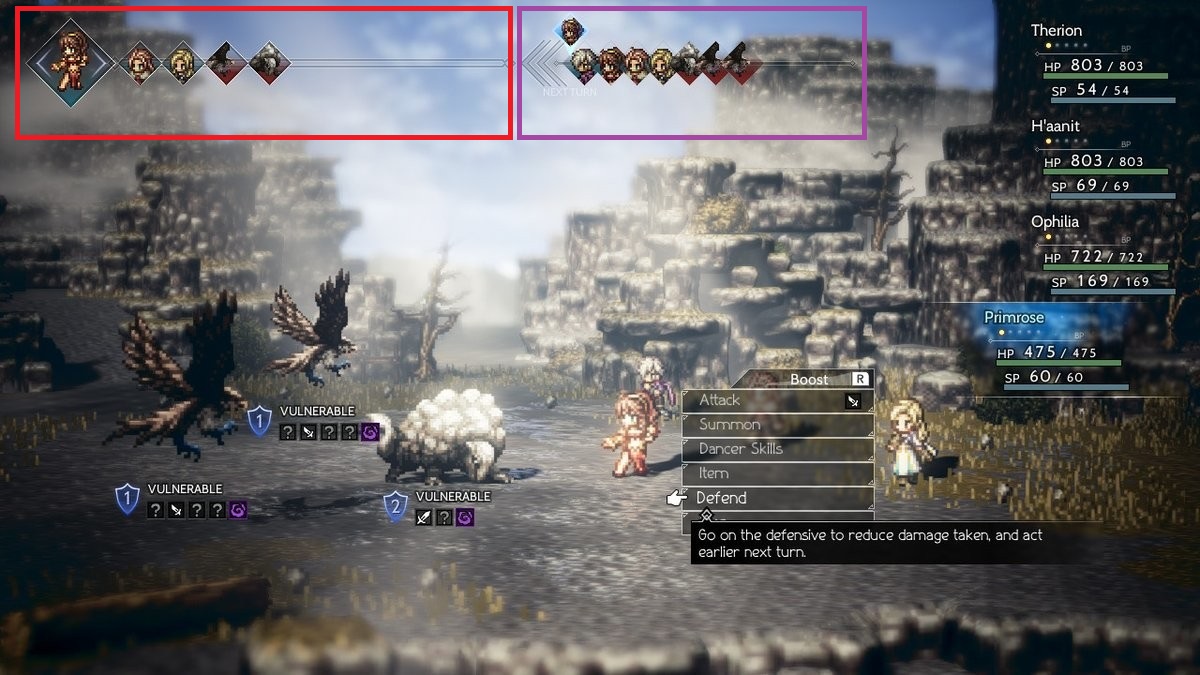 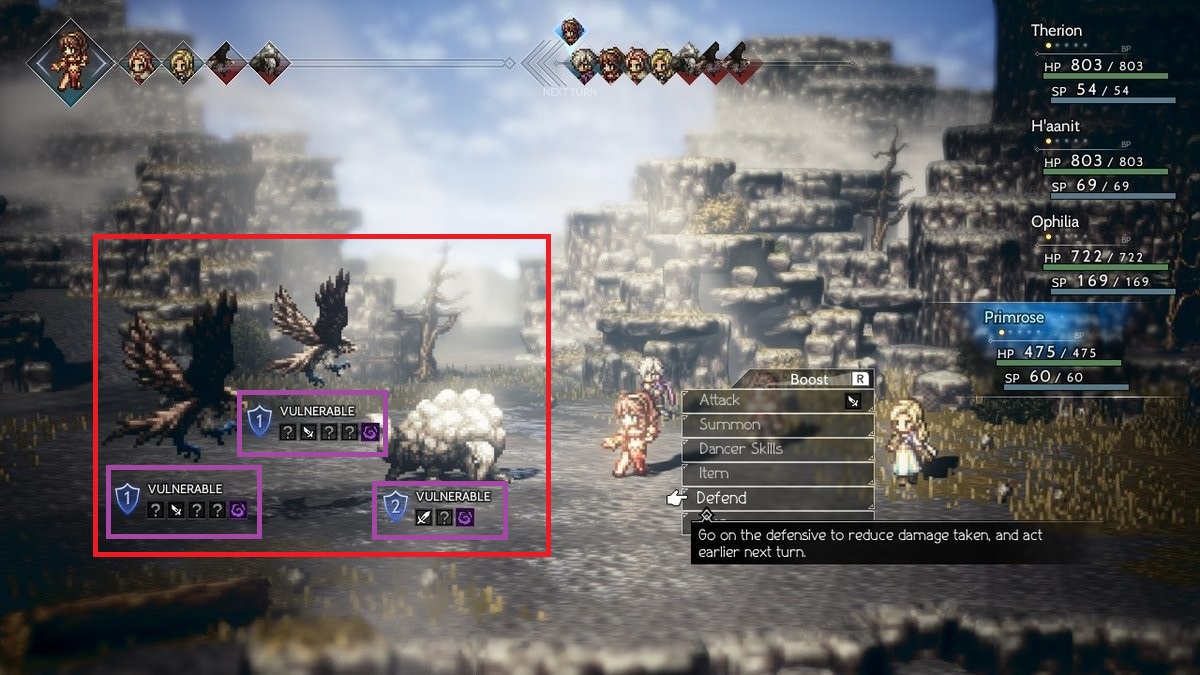 In the red boxed area you will see the enemies you are currently in battle with. In this image there are 3 enemies that you will need to defeat in order to be victorious. In the purple boxes you can see a shield and each enemies vulnerabilites. If you hit an enemy with what they are vulnerable to it will reduce their shield by 1 for each hit. If an enemy has a "?" it is a vulnerability that you haven't discovered yet. For instance the birds in this image are weak to 5 things and you know they are weak to daggers and shadow magic. 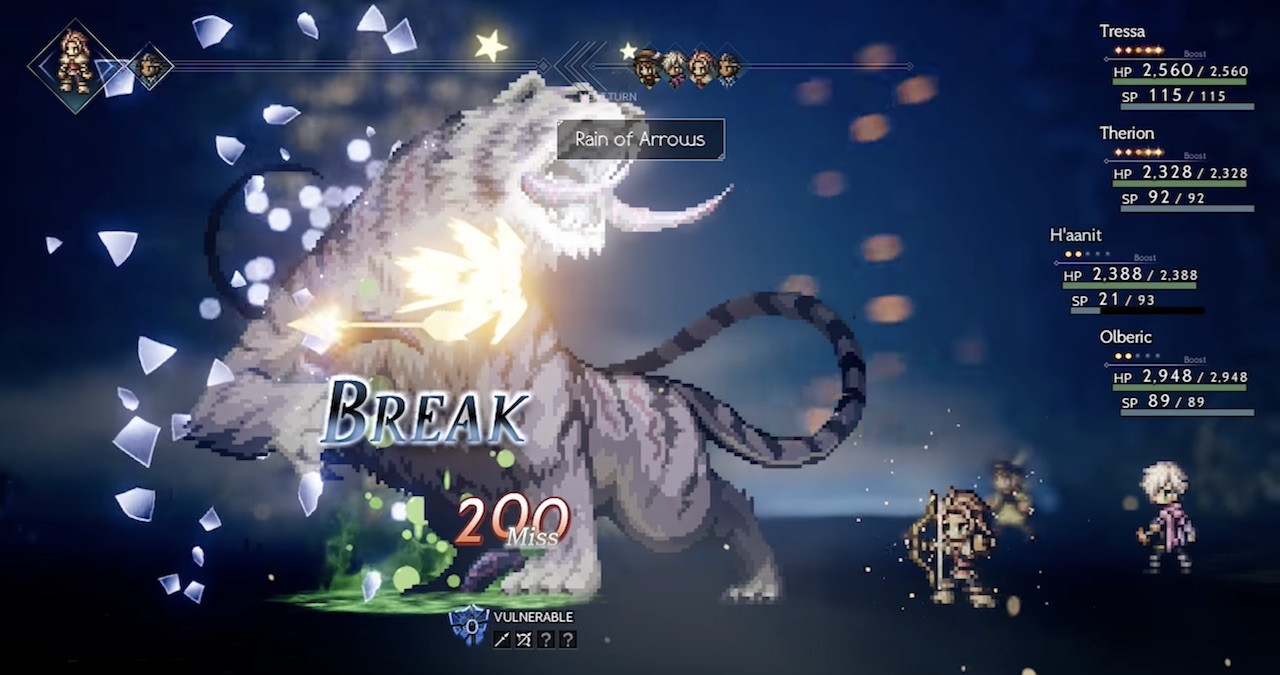 In this image you can see that it is H'aanit's turn and she is casting a spell "Rain of Arrows". The enemy is weak to bows and when rain of arrows hits it reduces the enemy's shield to 0 causing it to "Break". When you break an enemy's shield they are unable to act for the current and next turn. In addition to that, they take 100% extra damage while their shield is broken. Unleashing your most damaging moves when the enemy's shield is broken is going to result in doing the highest damage possible to an enemy.

Scroll back to the top