In Octopath Traveler you have the 8 characters that have a unique job. You can also choose a sub job for every character. The sub jobs are the same types of jobs that the characters have. So you can take Ophilia and give her a sub job from warrior to apothecary. What this does is that it allows you to create a balanced team by including 4 of the playable characters and then giving them sub jobs that your team is lacking. If your team is lacking magic damage you can then give the Scholar sub job to anyone on your team. 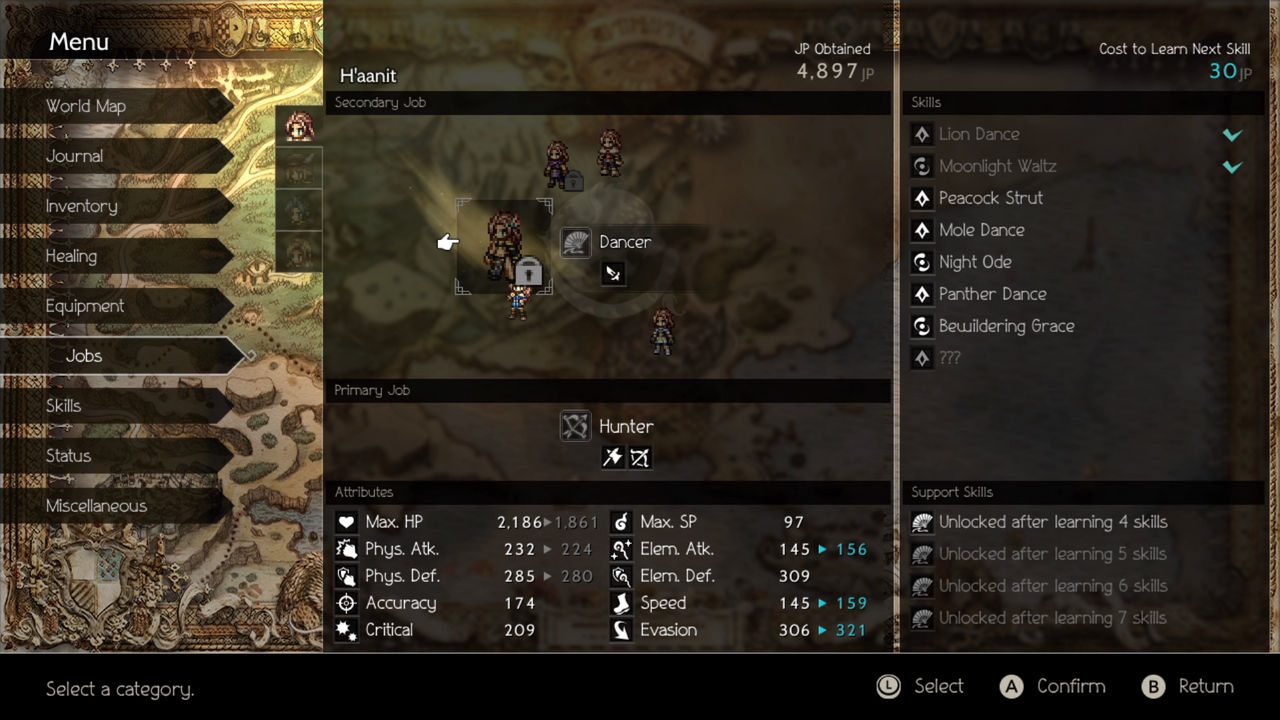 In the image above H'aanit is on the sub job selection screen. The Dancer sub job is selected. Other sub jobs that are available are shown as well. Since the Dancer sub job is selected the window on the right shows the skills that are available to a Dancer. You can then learn these Dancer skills on a character like H'aanit when her job is a Hunter. A neat thing that I really like about Octopath Traveler is that when you change a character's sub job their appearance will change. 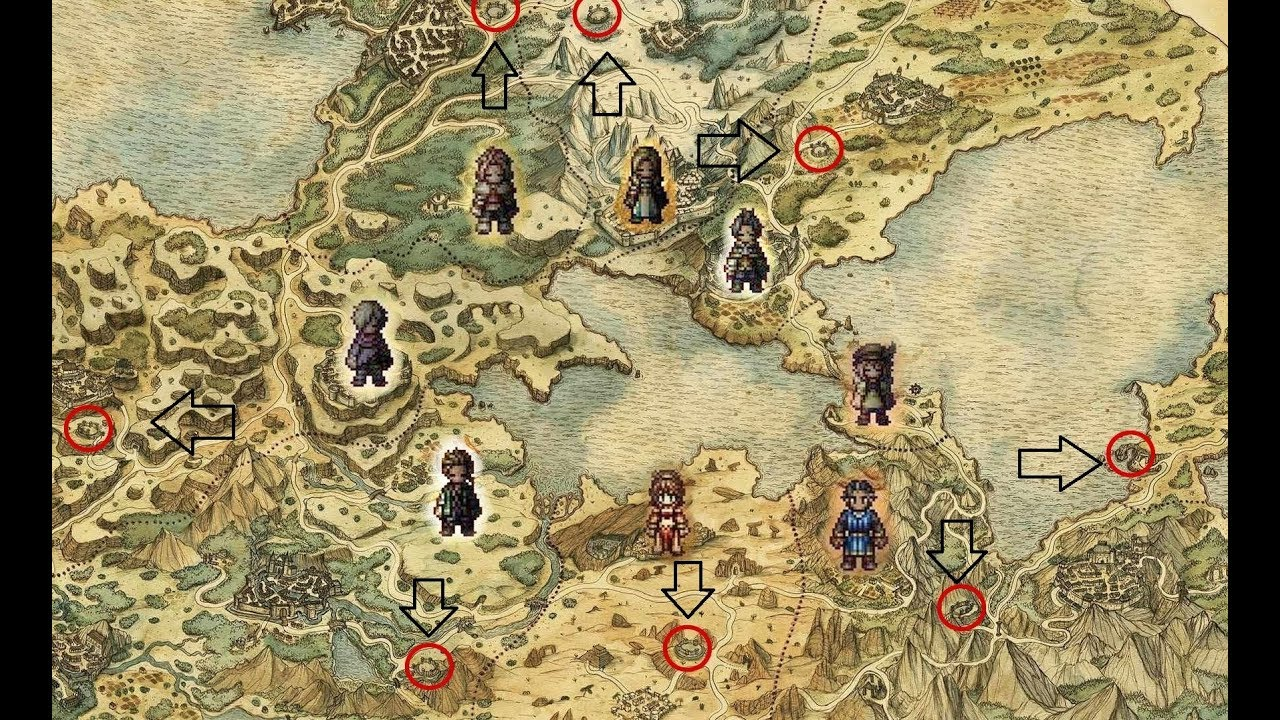 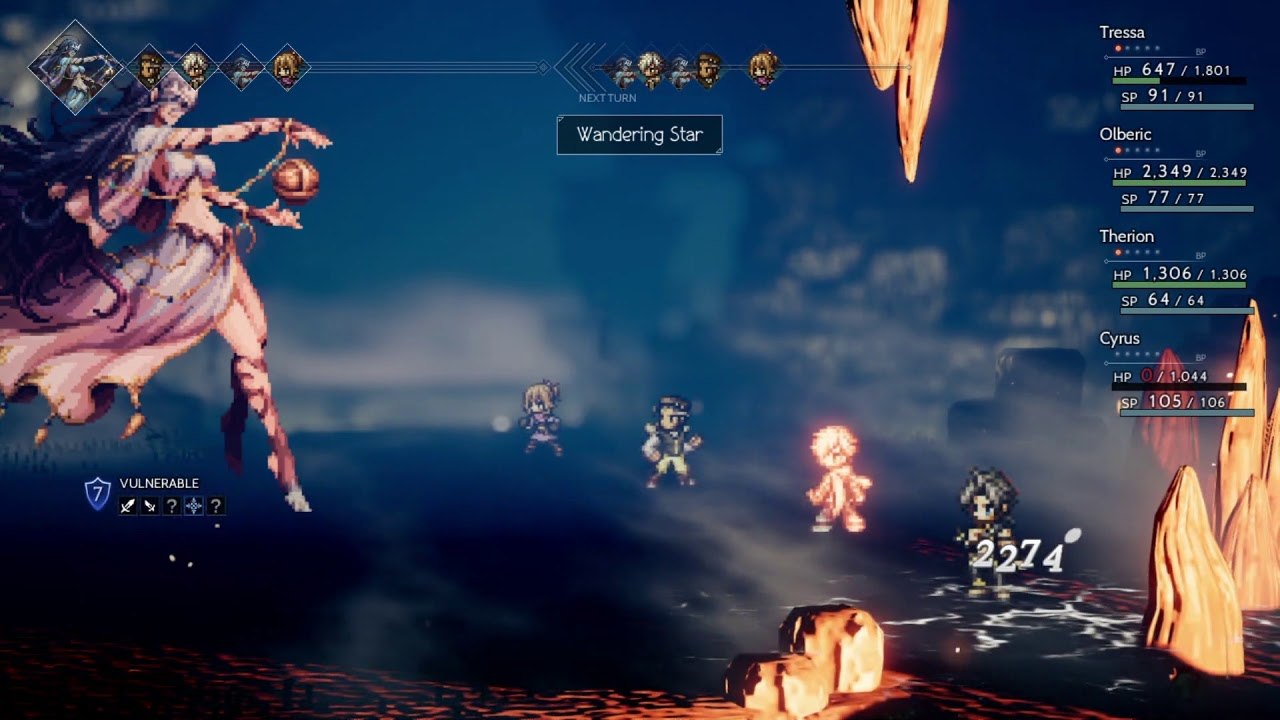 The image above shows the hidden sub job Starseer's boss. These boss encounters are very tough and not forgiving. As you can see in the image above the character to the right, Cyrus, took a single hit for 2,274 damage. Cyrus has 1,044 HP so he was killed in one hit. The recommended level for these hidden bosses are around level 40 at the minimum.

Sub jobs will enhance your team of 4 characters and allow your team to be well balanced if you make calculated choices. A sub job can only be on one character at a time so you need to think about your team composition. Utilizing sub jobs will give you a better chance at being successful in beating the game.

Scroll back to the top